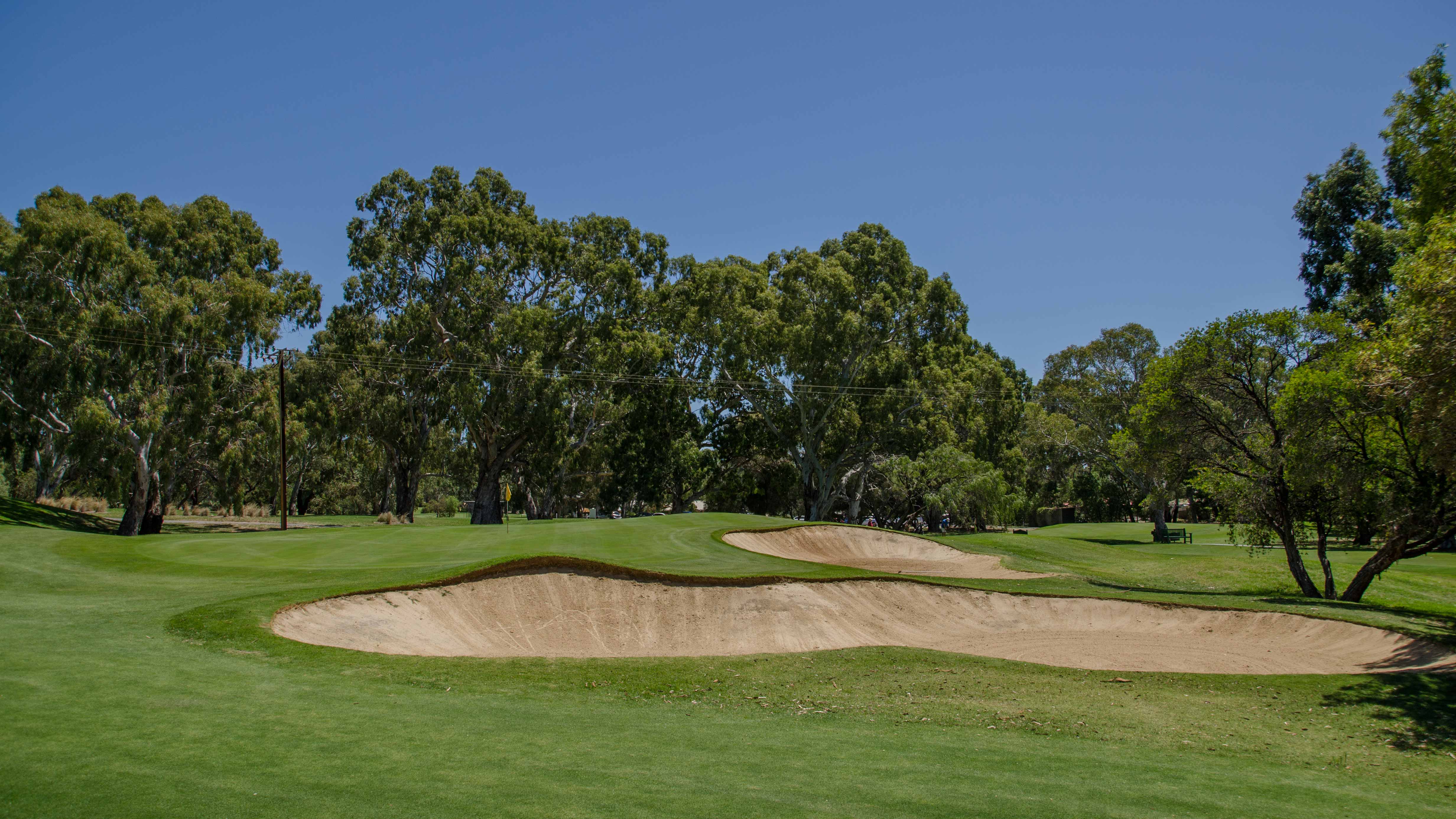 History of The Vines

The Club was established on the 16th April, 1925 as a 9 hole links course on a farm property in the southern Adelaide suburb of Marino. It was originally named The Marino Golf Club.

In 1963 the club purchased land at Reynella to establish an 18 hole course and, as a great tribute to the dedication and hard work of the members at that time, the first official competition was held on 20th June 1964. The new Clubhouse was completed in the same year.

The early years of the club at its new location were particularly difficult with the extreme heat of Adelaide summers and a limited water supply creating challenging conditions for the establishment of turf. A dam of 40 megalitres established at the southern end of the course, and a small bore, were together not sufficient to sustain the course and from its earliest years the quest to establish irrigation self sufficiency became the single highest priority of the club.

During the 1980s three small dams were built in creeks on the course and in 1994 the first of a series of major initiatives was undertaken. With the support and assistance of Onkaparinga Council a small stormwater harvesting pond was established in the nearby Panalatinga Creek with a pipeline of 1.3km delivering pumped water up to the club’s main dam. The start of a new era for the club had been made.

With a significant improvement in water availability the installation of an automatic irrigation system soon followed, and this was the catalyst in 1996 for commencement of the complete re-turfing of the golf course. Drought resistant and tough Santa Ana couch was selected for the fairways and over a period of six years this work was completed to produce what is now one of the finest playing surfaces for golfers anywhere in the state.

Confusion about the location of the club prompted a change of name in 1998. The Marino club was now at Reynella and, with its location in the birthplace of the wine industry in South Australia, the club adopted its new name of The Vines Golf Club of Reynella.

In 1999 the club received a windfall. An offer of 100,000 cubic metres of good soil that would be delivered, bull-dozed into place, and graded to a finished surface anywhere on the course that the club required. Steep slopes were shallowed, valleys were moderated, sweeping mounds were created and holes re-designed to create the outstanding layout that every golfer who visits the club now enjoys.

The early years of the new millennium saw a new focus on the club’s drive for water self sufficiency. Reliance on mains water at summer’s end could not be sustained and so began 10 years of new projects, each in turn adding its part towards the ultimate goal. In 2001 the water harvesting pond was increased four-fold with a significant increase in pumping time and yield from the creek. This in turn led to a proposal to increase storage on the golf course and in 2005 construction commenced on a new 45 megalitre dam on the club’s property.
The new dam was part of a much wider project of irrigation management with approval and establishment of a recharge capability for the club’s small bore, and a substantial upgrade to the pumping system to increase the yield from stormwater harvesting. This project was completed in 2006.

In 2007 the computer driven irrigation control system was fully upgraded and in 2008 negotiations commenced with state and local government authorities for approval to capture stormwater from a drain running around the perimeter of one of Adelaide’s major reservoirs. This project was approved and completed in 2009 with the first pumping of water on 13th July of that year and all five dams on the club’s property full for the first time ever by the end of August. With this project the irrigation water future of the club had finally been secured. Total cost of the combined projects over the 10 year period exceeded $600,000.

In 2017 the club embarked on an ambitious renovation of the catering and bar facilities in the clubhouse, with new kitchen facilities, bar and coolroom, an update of chairs and extensive re-carpeting to make the member's facilities safer and more efficient.  With these improvements the club should be in a sound position going forward with it's hospitality for members and guests.

Nesting boxes high in the trees have encouraged an abundance of bird life on the golf course with the colourful Adelaide and Eastern rosellas very prominent. A family of tawny frogmouths, totally immobile in daylight, visit the same tree at the course each year, and the delightful blue wren is a common sight in the native bushland. Koalas are regular visitors.

The Vines Golf Club of Reynella has a history of strong volunteer involvement by members in the development of the course which has contributed to its enviable reputation as “the friendly club”. The Clubhouse is roomy and comfortable, but the great pride of the club is the course itself, with rolling tree lined fairways of fine turf, wonderful greens that are fast and true, and an environment of natural beauty that is a joy for all who play the game.